skip to main | skip to sidebar

Wow, yet again it's been ages since I posted. I just wanted to share some information about a project I've been tinkering with in my spare time - I ported Daedalus to JavaScript. You can try it out here: http://hulkholden.github.com/n64js/.

Be warned - even though it's based on Daedalus, a lot of features are unimplemented, and there are a whole host of new bugs that need fixing. It's also pretty slow (but not as slow as you might think, given that it's written in JavaScript).

I'm going to write up some notes about the implementation over at http://n64js.blogspot.co.uk/. Otherwise I'll probably see you back here in a few years ;)
Posted by StrmnNrmn at 8:57 am 4 comments:

Yes, I am alive

I'm sorry for the lack of updates, both to the blog and to Daedalus. I've been working on Daedalus for about 10 years now, and those that have followed the project from the beginning will know that I have fairly regular periods of 'radio silence' followed by bursts of activity. I have lot of inertia, so once my interest shifts elsewhere it can take a long time to get me back on track. That's just the way I am.

This time around it's because I've been really busy with work. I don't want to go into specifics, but for the past couple of years I've been working on a high profile game, and since January most of my energy has gone into helping to get it finished.

I am unbelievably out of touch with the PSP scene. Recently, Kreationz got in touch to tell me about the progress that has been made with DaedalusX64. I was really pleased to hear that the project was being actively updated, particularly because I have a lot of respect for the people involved. The whole reason for making Daedalus open source was to give people the opportunity to learn from the source code and update it as needed, so it's great for this to be happening.

I can't guarantee that I'll have the time to actively help with DaedalusX64, or even that I'll be able to regularly update this blog. I thought it would be a good idea to give my public backing to DaedalusX64 so that the team can get on with rolling out updates. I probably won't be making a PSP release of Daedalus any time soon.

For what it's worth, I'm currently working on a new port of Daedalus. I'm going to keep the target platform secret for now, but I think it's very exciting. At the very least it means that I'm working on Daedalus again - I'm hoping to keep merging changes from DaedalusX64 back into the Daedalus source, and hopefully provide DaedalusX64 with one or two fixes of my own.

That's all for now. Apologies in advance if the next blog post is in December 2009 :)

It's been a while since the last update so I wanted to give some news on how things are going with work towards the next release.

I've spent a lot of time working on getting the HLE audio code working on the Media Engine. I've been making steady progress, but it's been taking longer than I initially expected. Fortunately, I'm very close to getting all of the audio processing moved over to the ME - in fact I believe I have just one significant bug left to fix.

The issue seems to be a very odd synchronisation bug which causes the emulator to lock up when running the audio processing asynchronously. As with many of these types of bugs, it's proving quite hard to track down because as soon as I change the code to debug the problem, the issue goes away. A true Heisenbug :(

What's particularly annoying is that the bug is stopping me from measuring how much of a difference running the audio code on the ME makes. Hopefully I'll be able to fix the bug over the Christmas break and be able to publish some timings over the new year.

As part of this work, I've also been writing a general-purpose 'job manager', which coordinates batches of work between the main CPU and the ME. The idea is to build on top of J.F.'s MediaEngine.prx to provide a simple interface for queing up and dispatching work asynchronously. When a job is added to the queue, a flag indicates whether the job is suitable for running on the ME, or whether it should just be run asynchronously on the main CPU instead.

Initially just the audio processing will run through the job manager on the ME, but eventually it should be possible run other pieces of work asynchronously too. I'm hoping that it will eventually be possible to move parts of the HLE graphics processing to run asynchronously too, but I need to investigate things a bit more first. That's a job for future releases however.

Anyway, that's all for now. I'm off to eat mince pies and watch The Great Escape on tv. Merry Christmas everyone :)

It's been a while since I talked about R14 so I wanted to post a quick update on what I've been doing.

It's taken me a little longer to get the audio upsampling code working smoothly on the ME. I decided to focus on this initially (rather than Azimer's Audio HLE code) as it's a lot simpler and more self contained, but getting it working on the ME without any glitches required a little bit of work. I had to rewrite the simple ring buffer I was using to be lock-free. This is straightforward when dealing with a single reader thread and a single writer thread on the same processor, but a little more care is required when the reader and writer are operating on separate cores without cache coherency. I think getting this running glitch-free has helped prepare me well for the bigger task of getting Azimer's HLE code running asynchronously on the ME. I'll be working on this next.

Besides the ME work, I've had an interesting diversion getting some new font rendering working in Daedalus. I saw on the ps2dev.org forums that BenHur had released a library for rendering text using the PSP's built in fonts. I've always been a little unhappy with Daedalus's text rendering, and thought this would be a good opportunity to improve it. Here's a screenshot of the UI using BenHur's intraFont library (click through for a better-looking unscaled version): 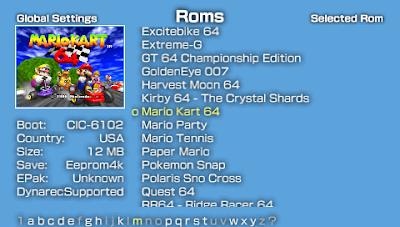 I think this is looking a lot better than the previous font. The drop shadows really help make the text more readable. I also support multiple fonts for the first time, so the header text actually looks like header text :)

And the winner is...

This has been one of the hardest posts I've had to write, because I know whichever entry I pick as winner of the icon competition, a lot of people are going to be disappointed that I didn't pick their favourite.

Trying to select a winner has forced me to think about what I wanted to get out of this competition. On the surface, the main goal of the competition was just to replace the ugly default icon on the PSP's XMB. However as I've checked out all the entries over the past couple of weeks, I've come to realise that the main objective of the competition should be to define an identity for Daedalus.

In the end, one of the main criteria I've used to select the winner is how well the design works as a logo, or identity, for the project as a whole. For this reason I've picked Patrick Ahmann's design: 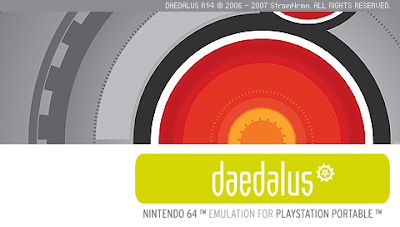 I think Patrick's design is wonderfully clean and stylish, and the colours look especially crisp and vibrant on the PSP's screen*. The typography, particularly for the 'daedalus' logo is very simple and distinctive and I think it would work well as a logo on the web. What's more, I got quite excited about using the cog motif on the logo as a progress indicator on loading screens :)

I want to say a big 'thank you' to everyone who contributed. Many people put a lot of work into this and I'm really sorry that I could only pick one winner. I think the quality of the final 10 was excellent, so if you disagree with my choice hopefully there's something there for you :)

*annoyingly Blogger insists on downsampling the images above slightly, so they look a little fuzzy. Click through for the original versions...
Posted by StrmnNrmn at 11:14 pm 37 comments:

I've just finished compiling a shortlist of what I think are the 10 best submissions for the icon competition.

I received just under 200 entries in total; I've been blown away by the response. Picking just 10 entries has been very difficult. In the end I had a 'longlist' of around 30 entries which I thought were superb, and it's taken me over an hour to whittle that down to just 10 entries.

Here is my shortlist, presented in the order they were submitted. Feel free to discuss these in the comments - I'll be reading your comments over the weekend, and I'll pick a final winner on Monday.

Thanks to everyone who entered - you're awesome! 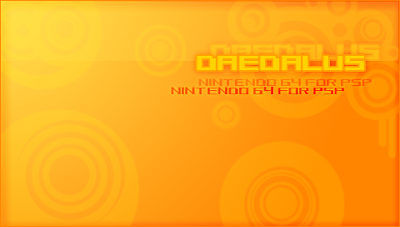 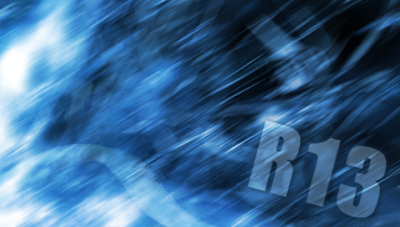 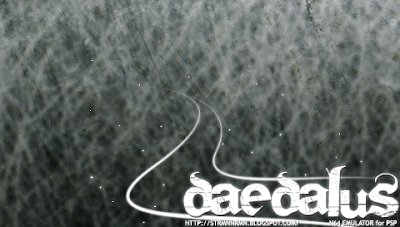 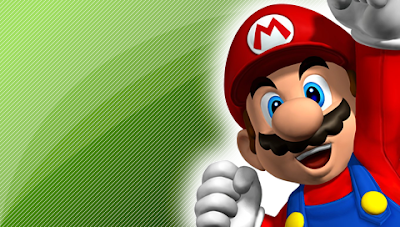 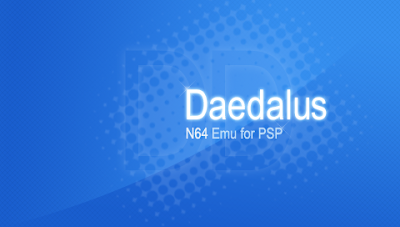 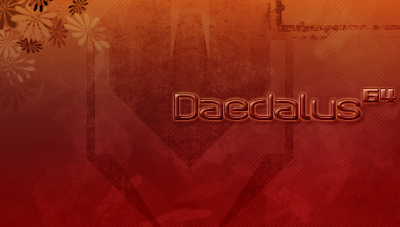 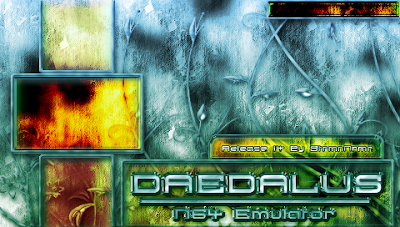 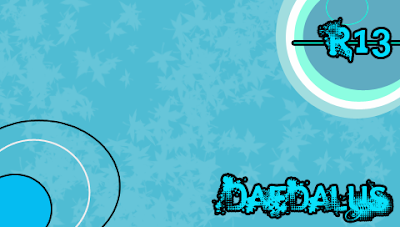 Just a reminder that today is the last day for sending in your entries to the icon competition. I'll be making the shortlist sometime tomorrow morning, so provided you get your entry to 12pm (that's noon - GMT!) on Saturday it will probably be included.

Once I've made a shortlist of what I feel are the 10 best submissions, I'll post them up here so that people can give their thoughts, before I pick a final winner on Monday.